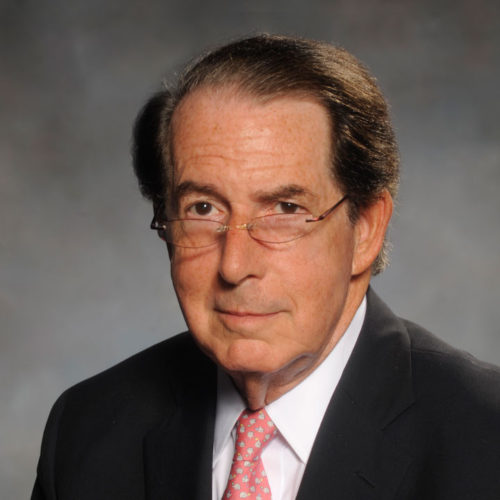 Marshall Z. Schwartz, MD was born in Minneapolis, MN. His undergraduate and medical school educations were obtained at the University of Minnesota. Dr. Schwartz completed his internship at New York Hospital-Cornell Medical Center and then returned to the University of Minnesota to complete his General Surgery Residency. He then moved to Boston to receive his Pediatric Surgery fellowship training at the Children’s Hospital-Harvard Medical School.

Dr. Schwartz has had a long standing interest in basic science research. The focus of his research has been the role of certain growth factors in the management of intestinal failure. Dr. Schwartz initiated this hypothesis in 1975 and has contributed significantly to advancing this field to preclinical studies. This research and other academic activities have led to over 155 publications in peer reviewed journals, over 212 presentations at national and international meetings and 4 patents on specific intestinal growth factors.

Dr. Schwartz is involved on a national level in health policy issues and health care reform. He is a Senior Scholar in Health Policy at Thomas Jefferson University School of Population Health and is the Vice Chair of the American College of Surgeons Health Policy Advisory Group. He also serves on several boards including the American Pediatric Surgical Association Foundation Board, the Gift of Life Organ Procurement Board, and the St. Christopher’s Hospital for Children Board.
Dr. Schwartz maintains an active pediatric surgery practice and a productive basic science research laboratory. He is married and has two adult children and four grandchildren.